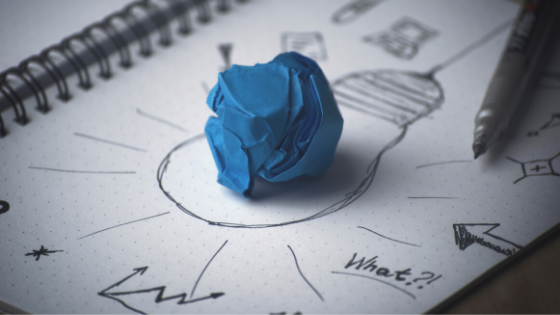 Blog Why Apps Succeed or Fail & How to Avoid Costly Mistakes

In 2017 research revealed youth age 18-24 spent an average of 93.5hrs each month using smartphone apps (Source: comScore). With the 2017 national average of apps used per person being 9 daily and up to 30 each month (Source: TechCrunch), it’s no surprise many are calling the app market the new “Digital Age Gold Rush”.

With countless entrepreneurs wanting a piece of the pie and hundred of apps being uploaded into the app marketplaces daily, how can an app have the chance to be the next Delivery Dudes or Airbnb instead of the next I Am Rich app?

Our team here at The SilverLogic in Boca Raton, Florida has seen local and national projects fail before they were even given a chance to succeed. Majority of the time, it comes down to how effective their team performs and how experienced they are with helping navigate decision making. By trying to include every feature their potential users might need before on-boarding a single user, new platforms often run out of funding before even getting the app to market.

This article will go over the work needed to reduce the chances your app will fail, and potentially save thousands of dollars, hours, or even your reputation in the process. Build a team that will support your success by contacting us today.

Why Do Apps Fail?

There are many reasons apps fail to make an impact or turn a profit. Whether it’s internal—such as marketing, execution, app design, or poor business strategy for income—or external—like the launch timing or changing consumer preferences—failure is always guaranteed where unfortunately success is not.

The 3 Pillars of Success (or Failure)

Nearly every app idea goes through the journey from idea to prototype, build to test, plan to execute, and launch to update. The three realms of work (or pillars of) success/failure are:

Success requires research, persistent hard work, and the ability to adapt to change. Investing time in research — like reading this article — enables you to learn where to focus your efforts and how to plan for success while hopefully reducing wasted time, money, or effort.

When you have an app idea, there is a good chance someone else may have already created something similar or even the exact app you have in mind. Start by researching your idea to discover how your app can solve a problem or provide a user experience that is unique compared to similar solutions, and valuable to users to the point where they want to share it with their friends and colleagues.

Failure due to the app might be due to poor user experience, poor performance, or a number of other app-related decisions. Research, testing, and listening to your users will be your first and last line of defense against failure in this sphere.

Here are 10 potential reasons apps fail due to app design and functionality:

Make sure to validate your idea as a viable business opportunity (read our article “Is Your App Idea a Viable Business Opportunity”). Apply appropriate testing not only for app functionality but also around user experience and ability to solve a real-world problem. This should happen during the whole life of the app, from before launch until the day it's replaced or retired.

Let's say you have a great app idea and design with a solid working prototype. How you encourage users to download and use your application, along with how you monetize your application will lay the foundation for the success of your product.

The best way to think about Ideas & Execution along with your Business Strategy is to imagine that your application is a car:

Everything from the Marketing to Monetization Strategy, Short Term (ST) or Long Term (LT) plans requires keeping on eye on how every part is performing. When everything is being monitored, maintained, and proper records kept, you will be able to prevent wasting time/money/resources while minimizing the parts (or people) you will need to replace. It's only when each moving part and person, receives the support and direction they may need to make the adjustments necessary when things change, that everything is running efficiently toward success.

Some of the factors that will influence how well an app performs include (Top 4 Reasons Why Most Mobile Apps Fail To Perform):

Leading up to and following the launch, the apps that continue to grow and succeed are those that refine and update their:

This can be accomplished by using an Agile/Scrum approach. It has been championed by the leaders of the software and tech revolution, and the back-bone of our projects here at The SilverLogic. Learn more about What is Agile | What is Scrum.

With over 27 million users as of 2018, not many know that the app Venmo was on the verge of closing its doors and shutting down in 2012. This moment occurred right before it was acquired by Braintree for $26.6 million and later sold to PayPal for $800 million dollars. Although the application is still facing issues with generating revenue from its business model, Facebook was in a similar situation years ago before its advertising platform started turning over millions in profit for the company.

Behind the success of every app is a team that believes in its vision and is able to support its growth or evolution.

Building a team of experienced and dedicated professionals sometimes relies on getting the support you need right at the start. One of our partners VuPulse had the vision of creating a tool that would transform advertising for video streaming. By working with The SilverLogic at the start, our team was able to build a working prototype and blueprint to build the solution VuPulse used as part of their pitch to investors. Shortly after securing funding, the development of their app started immediately with our team becoming their team. This allowed them to focus on growing the rest of their team and preparing launch.

Consider growing your team by reaching out to us here at The SilverLogic in Boca Raton if we can assist you with:

In addition, we also assist your project or company with:

Ensure the value your app provides not only meets but exceeds user expectations and demands. Working with an experienced team will support bringing your vision into reality, avoid costly mistakes, and help build toward success.

Together we make ideas happen. Contact our team to empower your idea with technology and make your app idea of the future, start today.